PFAS – Sill in the News

By Sally Brown, University of Washington

Abstracts of these resources are available in the searchable Information Portal offered to Northwest Biosolids members.

It has been exactly 2 years since I last did a library focused on PFAS.  I have been privately, fervently, hoping that the whole ‘crisis’ would have quietly gone away.  No such luck.  Maybe concerns have quieted down a bit, but depending on where you live, this contaminant is still driving policy decisions.  In fact, in our initial Biofest session planning meeting (YES THERE WILL BE AN ON LINE BIOFEST IN SEPTEMBER) we saw the need to have a session on PFAS.  We are hoping that the session will include how to put PFAS in biosolids into perspective.  This library is a step on that path.

The first article looks at concentrations in women’s breast milk.  Note that there is no direct link to biosolids here.  Smearing biosolids on one’s breasts prior to nursing is a good way to wean a baby not to encourage weight gain.  The scientists sampled milk from 50 women and found PFAS in most.  They tested for 39 different versions including 9 short -chain and 30 long-chain compounds.  Adding all versions together they found a range of concentrations from 52 to 1850 pg/mL with a median concentration of 121 pg/mL.  pg/mL means pico gram per milliliter.  A pico gram is 1 trillionth of a gram and a gram is one thousandth of a kilogram.   A milliliter is a thousandth of a liter with one liter of water weighing one kilogram.  A trillion is a million millions or 10 12.  Expressing this as a solid concentration to get some perspective 121 pg/mL is the same as 0.121 ng kg or 0.121 ppb.  The authors put this into perspective in terms of changes over time; as PFOS and PFOA have been phased out world wide- their concentrations in milk have decreased.  Concentrations of PFOS have decreased by 50% in 8 years and PFOA in 17 years.  In the meantime- as we phase out these longer chain compounds but allow for the proliferation of shorter chain versions, the concentrations of short-chain PFAS in breast milk have been doubling every 4 years.

In the June 2019 library a ppt presentation from Rooney Kim Lazcano reported the concentrations of 16 versions of PFAS in 13 different types of Class A biosolids as under 100 ppb with one material containing just less than 200 ppb.  For one popular product that regularly sells out the concentrations were <30 ppb.  Adding those to soils at agronomic rates (5 tons per acre with 1000 tons of soil in the top 6”) puts you in the ballpark of breastmilk.

Considering that the majority of biosolids are applied to agronomic crops and that enough are produced to cover about 0.1% of the arable land in the US every year, coupled with the fact that there are no reported direct applications (that I am aware of) to body parts, this strongly suggests that biosolids are not a primary pathway of exposure.  So let’s spend some time looking at potential pathways.

The next paper talks about source tracking- figuring out where the PFAS is coming from using forensic techniques.  Think about this like our own version of the old TV series ‘Bones’ 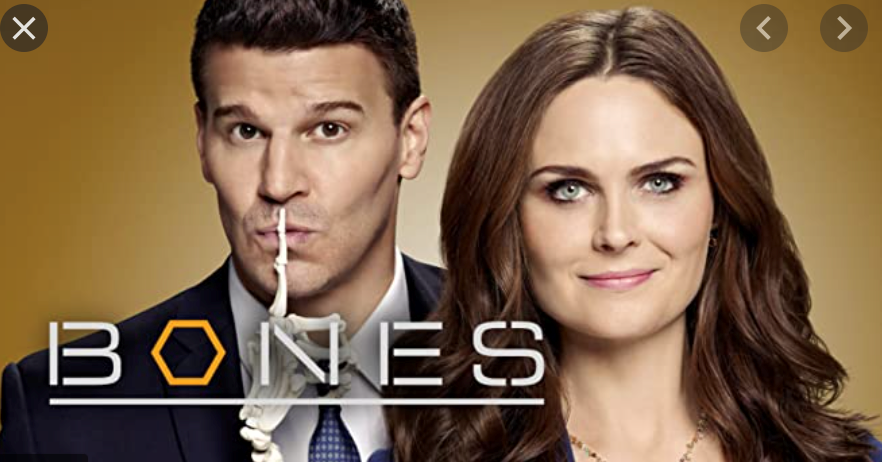 Here the authors have a different graphic to describe their work, likely because of copyright issues. 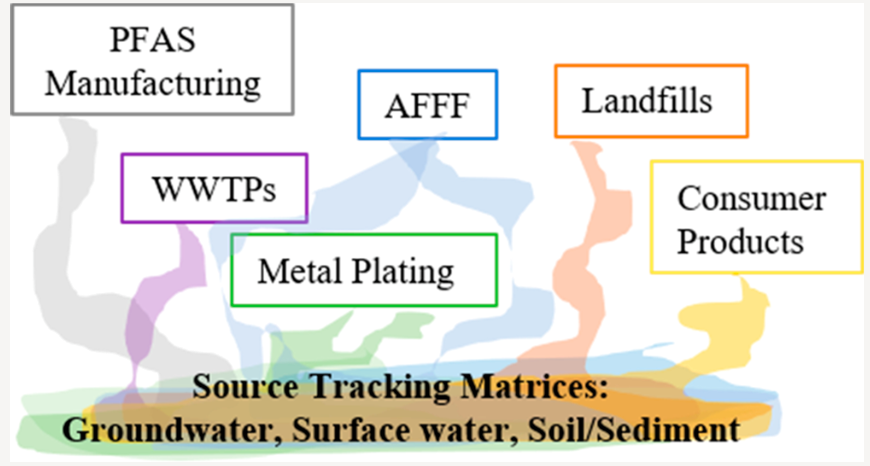 Note here that one of the authors of this paper is Chris Higgins, a researcher from the Colorado School of Mines who has written extensively about these compounds in biosolids and concerns about plant uptake (more on that in article #4).   We rate the infographic in the WWTP category- though again based on article #1, is he talking about effluent?  Anyway, this article talks about using signature isotopes to track the source of PFAS once it is found in an environmental sample.  This is a developing tool for these compounds and is complicated by their presence in such a wide range of products.  As is evidenced by article #3.

Article #3 focuses on concentrations of PFAS in dust from households and fire stations.  They sampled dust from 184 homes in North Carolina and 49 fire stations across the US and Canada.  Here the authors also broke down compounds into long and short chain.  They also divided them as ‘legacy’ compounds and PFAA precursors.  Legacy compounds were higher in the fire stations  and the PFAA precursors were more common in homes.  Detection frequency of the up and coming compounds were 100% in both with detection close to 100% for the legacy compounds.  If you add up the median concentrations of both classes of compounds in household dust you get 2100 ppb.  I found a papers on the importance of carpets for home exposure but opted to leave it out of the library.  Just ask if you want a copy.

May I remind the reader that one breathes in one’s home.  Granted- dust is thicker in some homes than others (please don’t drop by unexpectedly in my house for example), nevertheless concentrations in dust are 10x higher than in any biosolids products.

Paper #4 takes us back to Higgins, who we know is no fan of biosolids.  He was an expert witness about PFAS exposure in the Kern County case if you want proof of that.  He is a good scientist, albeit one with a mission (one could say the same about me).  Here the authors model exposure through vegetable intake with plants grown in a home garden.  Plants are exposed to the compounds through irrigation water or through presence in soil.  The authors have a table with reported toxicity values of the different PFAS compounds in different places, including different states as well as international values.  These numbers go all over the map- suggesting that no one really knows what a dangerous level is.  Here it is important to report the range:

Higgins and team used the low range of the limits for their model and also considered a wide range of conservative assumptions and came up with the conclusion that the EPA limits for PFAS may or may not be sufficiently protective.  For the commercial grower using water that is contaminated, the water to crop to person pathway is likely significant.  Remember here that in an earlier paper Higgins so no uptake of PFAS to wheat grain when grown on very high rates of biosolids (part of the Chicago long-term plots).  In another study he saw uptake of the short chain versions into garden vegetables- the ones that are still being produced.

I hope that all of this has convinced you that biosolids are not the problem here.  Not saying that PFAS isn’t a concern- just that if you really want to rid the world of PFAS biosolids are not where you start.  If, however, you are feeling really backed into a corner you can take a look at paper #5.  Here the authors looked at pyrolysis as a way to stabilize biosolids that may also reduce the PFAS concentrations in the finished material.   You can tell the author’s perspective right off when they refer to biosolids not as a national treasure but as an ‘unavoidable by- product’.  A primary focus of the paper was to see if the resulting char could be used to scrub effluent of PFAS compounds but they also looked at the impact of pyrolysis on PFAS in the biosolids.  Here is what they found: 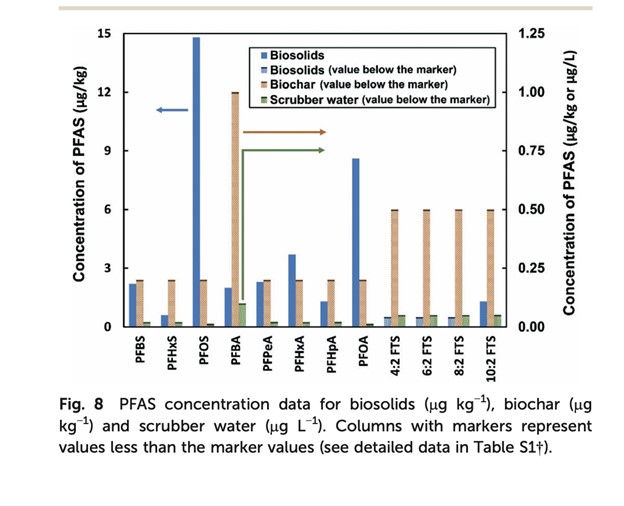 So significant reductions in PFOS and PFOA and no reductions or significant increases in the shorter chain or now growing in prevalence compounds.  The April library looked at the value of char as a soil amendment and found that it doesn’t quite ‘Cut the Cake’- old song reference there for those of a certain age.

So what do we know?

To me- this means better communication and messaging.  To others, it may mean giving pyrolysis a once over.  Silver bullet it isn’t but it gives you different versions of these compounds.